Hobo is very proud to announce we have gained 2nd place in The Skillsmart Retail Mystery Shopper Awards , with a score of 98%

This year, a lot of our Town businesses entered the Oswestry in Bloom Competition,

- more than ever before, and the competion was very high!

So  Hobo florist was absolutely delighted to be awarded the following:

Hobo are very pleased to have won 2 GOLD Certificates in the following catogories..

Tracey, of Hobo florist,  was once again very delighted to recieve the following Awards,

2 GOLD Certificates and a Shield!

Best Commercial Premises, in the Town

For our outdoor Courtyard plant display

(Sharing with Out of Town/Fab Feet)

and we won a Shield and Certificate.

for our Hobo florist courtyard display.

Tracey Austin was thrilled to be  awarded

a silver cup trophy and framed certificate in...

RECOGNITION OF THE BUSINESS'S COMMITMENT TO THE COMMUNITY.

In October 2015, Tracey Austin was awarded the honour of being the first person to become

Oswestry Chamber of Commerce in promoting the town of Oswestry.

Flower Council of Holland, Flower Shop of the year 2006. 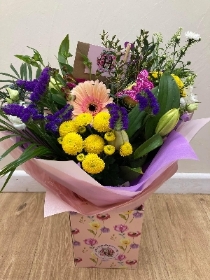 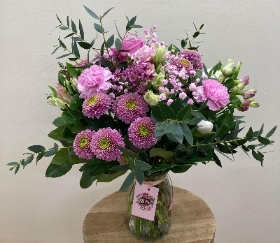